Stephen K. Shueh is a founder and Managing Partner of Roundview Capital. He is responsible for the firm’s strategic direction and is on Roundview Capital’s investment committee. Over the last 20+ years, Steve has helped to transform the firm into a multi-family investment office with professionals who have a background in all facets of wealth management. He has enjoyed recruiting and bringing together a talented team whose goal is to provide clients with peace of mind through comprehensive, integrated planning and investing.

Outside of Roundview, he serves on various boards that complement his love of investing by providing him with insight into different businesses and industries. His non-profit board engagements allow him to pursue his passions of community building and youth development.

The Bank of Princeton (TBOP) – He was an early investor in, and serves on the Board of Directors of, The Bank of Princeton where he chairs the investment committee. TBOP was founded in 2007, and went public in 2017. The bank now has over $1.1 billion in assets and a network of retail branches from Philadelphia, PA to New Brunswick, NJ.

Lightbox Venture Capital – Steve serves on the board of directors for the various funds managed by Lightbox Ventures. Lightbox is an early-stage venture firm in India. The firm was founded in 2014 when Lightbox raised a fund to acquire Indian investments made by venture firms Kleiner Perkins Caufield & Byers (KPCB) and Ram Shriram’s Sherpalo Ventures.

Grounds for Sculpture (GFS) – He is on the Investment Committee for the endowment of GFS. GFS is a 42-acre sculpture park, museum, and arboretum founded by artist and philanthropist J. Seward Johnson.

United Way of Greater Mercer County (UWGMC) – Steve chairs the Endowment Management Committee of the UWGMC. He has served as Vice Chair of the UWGMC. The UWGMC invests in programs, community partnerships, and volunteer engagement in central NJ.

Steve received an A.B. with honors from Princeton University, and he serves as President of his graduating class. He earned an MBA from The Wharton School of the University of Pennsylvania where he was the recipient of the Dean’s Award. He has a certificate in financial planning from New York University.

In his free time, he enjoys spending time with his wife and three children and coaching youth sports. He has completed the Marine Corps, New York, San Diego, and Philadelphia Marathons. Other races that he has enjoyed include the Virginia Beach Rock ‘n Roll Half Marathon, the Lincoln, Nebraska Half Marathon, and the Philadelphia Distance Run. 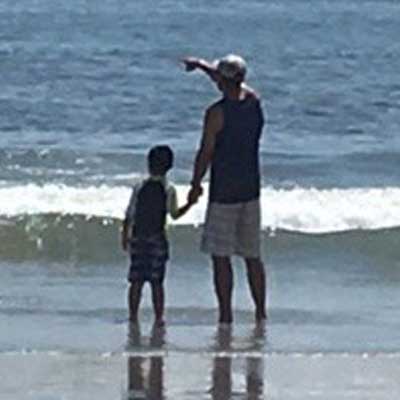